Walking out of the international airport, Tan Son Nhat (SGN), you will be inundated with taxi cab options. We were pre-warned to use only VinaSun or MaiLinh, usually costing around 150,000 VND to get to District 1. It is advised not to use other cab firms as they often operate with tampered meters that can jump from 50,000 to 200,000 dong in a matter of minutes or even seconds (thanks to a remote control that rogue Taxi drivers can have installed). Another common trick is to confirm a (high) price but exclude toll fees.
Visitors should also be wary of taxis imitating Vinasun and Mai Linh liveries and using confusingly similar-sounding names – have a good look at the images below and familiarise yourself with both the names and numbers.

One option is to pre-pay for a taxi cab at one of the counters just inside the airport. Since we had been in transit for over 12 hours, we decided to pre-pay in an attempt to avoid any hassle, scams or negotiations. We used Saigon Air and were told that their price of 200,000 VND, included all tolls and that there were no other charges.

It must be stated, that the lady working on the counter for Saigon Air mislead us. As expected, we paid 200,000 dong – however upon later inspection of the receipt, she had only noted down 180,000. We were specifically told that all fees and tolls were included and that we did not need to pay any extras, however upon our arrival at Saigon Mini Hotel 5, the cab driver wanted 10,000 dong. Of course, we showed him our receipt and told him we would not pay, given we had double and triple checked with the assistant at the counter before handing over our money. We did feel a little guilty, as we were pretty sure the cab driver didn’t make any extra from this ‘scam’, however we weren’t going to pay any more as we had paid the extra 50,000, specifically to avoid this type of problem! 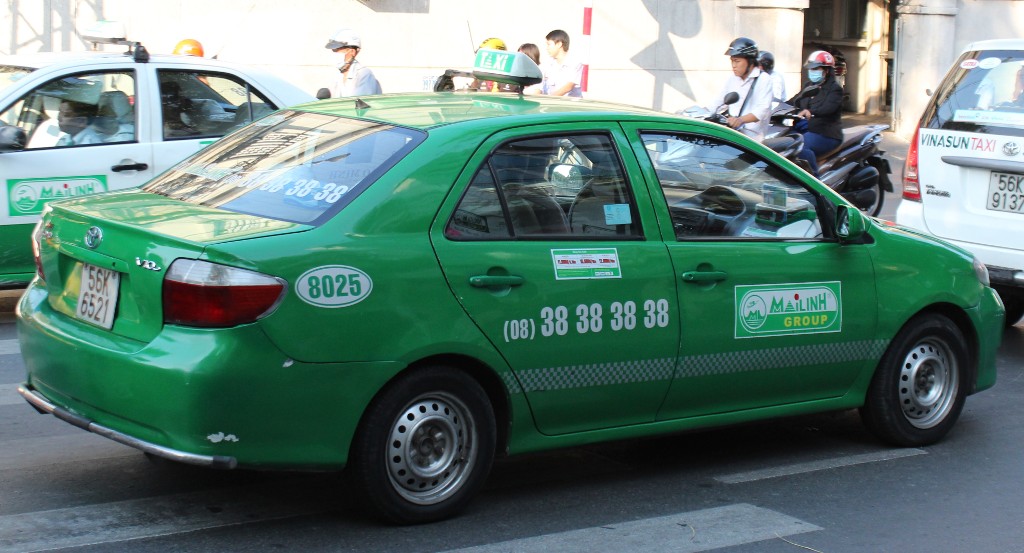 Local buses are very cheap, with a station located centrally just opposite Ben Thanh market. Once familiar with the area, buses can be a great option, but I would not suggest using it as an initial transport choice when arriving into the city. From our research we have found that tourists may be asked to pay more than locals for the bus, sometimes up to triple the advertised fee. The advice seems to be to stand your ground and stay put until you reach your paid ticket destination.

Many hotels in District 1 area offer a private pick-up and drop-off service, alongside a taxi cab booking service (most do receive a commission). The average price for a day time hotel pick-up is between 350,000 and 500,000 for a four seater vehicle. The prices can vary according to the amount of people, time of day and of course the hotel collecting you.

A Vietnamese driver’s license is required in order to drive a car in Vietnam (International Driver’s Licenses are not valid). For this reason, hiring a car at the airport is not really an option, although it may be possible to hire a car with a driver.