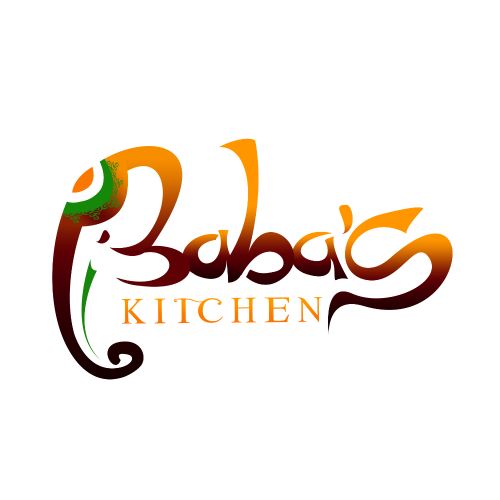 Baba’s Kitchen is an Indian restaurant located on Bui Vien Street, District 1 in Ho Chi Minh City. Based over two levels, its entrance is street-side, with a narrow stairwell to the second floor including a balcony overlooking Bui Vien.

My partner and I chose Baba’s due to its close proximity to our accommodation (also on Bui Vien), menu selection and quantity of diners.

There were no seats available on the ground floor, so we made our way to the back of the building, up the narrow stairs to the second floor balcony area. There were two tables, each with seating for four people. On the other table sat a friendly German couple, who were returning for a second meal, having enjoyed their first so much. We hoped that this was an indicator of what was to come.

Once seated, we were quickly handed food and drinks menus, along with complimentary iced water. We ordered a soda water and a tonic water, which were served with sliced lime in tall glasses.

We took some time and deliberation with the food menu, as so many items took our fancy. Eventually we decided on popadoms to start, followed with chicken Jalfrezi and chicken Biryani and a Kashmiri Naan bread. My partner was given the option of either a medium or hot Jalfrezi. He went for the medium option, not knowing Baba’s spicing levels.

Within a few minutes, a young man laid our table, including a mint raita, apple and onion lime-style pickle, sweet and zingy lemon dip and pickled baby onions. Shortly after, our popadoms arrived, hot and crisp, they worked perfectly with the dip selection in front of us. As a way to whet the appetite, they were perfect.

Just ten minutes later, both main courses arrived, along with the naan. Steaming hot, releasing such a depth of aromas, we tucked straight in. The medium chicken Jalfrezi was, to both our tastes quite mild, yet thoroughly enjoyable. The chicken succulent, slices of green pepper, onion and tomato well cooked and all mixed with a flavoursome cumin and coriander paste.

Both of our Biryani experiences up until now had not filled us with confidence, so I was unsure if my choice was a good one. I fought with myself over the choice of Biryani or Butter Chicken, which I do adore, but select a little too often. The adventurous side won and I am very glad that it did. Baba’s chicken Biryani was the best I have tasted and coming from near Birmingham, England, my taste buds are certainly used to Indian cuisine. Again, the chicken pieces were succulent and well-flavoured, the rice fluffy and perfectly cooked. The spicing tasted just right with cinnamon, pepper, a hint of nutmeg and garlic. The contrast from a rich and hot sauce, mixed with the light rice, worked perfectly and was complemented with a side bowl of yoghurt.

The Kashmiri naan, known to me over countless meals as a Peshwari naan, filled with nuts and raisins, was again well-cooked and worked in perfect combination with both of our main dishes. My only criticism was that the naan was not as light as I usually experience. However, it was not oily, nor over cooked and it wouldn’t stop me ordering a naan upon our next visit.

During the course of our meal at Baba’s, our water beakers were kept topped up; complimentary I may add, a first for us, in both Thailand and Vietnam. A nice touch.

After one of the friendly waiters cleared our plates, we were handed a small bowl of home made rice pudding. Another complimentary item that worked perfectly to soothe and calm sizzling taste buds. We were again, pleasantly surprised with the service and service style of Baba’s.

Upon requesting the bill, we were both asked to fill in a comments card. There was nothing but praise, no fault to be found, so our cards reflected this opinion. Minutes later when handed the bill, we had received a 5 per cent discount for simply filling out the card. Baba’s surpassed our expectations yet again.

With another 3 weeks in Ho Chi Minh City, we will most definitely return to Baba’s Kitchen again (and again).